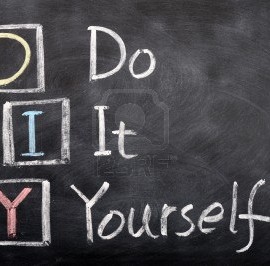 Researcher Accurium has calculated that 65-year-old SMSF members are likely to live about three years longer than the average Australian.

​As Australia’s population ages, longevity has become a serious issue for anyone wishing to introduce some certainty to their retirement planning.

Results of studies into longevity, which involve analysing how long people might live, are expected to change the way investments are managed. The latest finding from actuarial group Accurium suggests that having a self-managed super fund is a potential longevity indicator.

In a study of 65,000 SMSF actuarial certificate clients, Accurium found that on average their life expectancy was longer – about three years more – than those who didn’t have an SMSF.

SMSFs require an actuarial certificate when their members have a combination of savings and pension paying accounts.

The study compared the mortality rates of SMSF trustees against that of the overall Australian population in the 55 to 75 age group and found that deaths among the SMSF trustee group was one third that of the wider population.

Based on these conclusions the researcher calculated 65-year-old SMSF members were likely to live about three years longer than the average Australian.

Another interesting part of the research, Accurium senior actuary Doug McBirnie says, is a longevity analysis of couples. Many SMSF trustees will be planning their retirement as a couple. When planning is approached form this perspective, he says, you don’t just look at the life expectancy of the person you think will live the longest. A 65-year-old SMSF couple should plan for their savings to last three or four years longer than their longest individual life expectancy.

So, coming from the perspective of the last survivor of a self-managed super fund trustee couple, they should be looking at a life expectancy of up to 95, with one in 10 likely to live to age 100, he says.

An important consideration to bear in mind, McBirnie says, is the higher cost of retirement that will be associated with longer life expectancies. This will make retirement planning a trade-off between how much an SMSF couple spends each year in retirement and how much risk of outliving their capital they are willing to accept.

Based on previous research by Accurium, a 65-year-old couple with an SMSF wanting to spend $70,000 each year and willing to accept an 80 per cent probability of a successful outcome, would need $1.3 million as a starting balance.

Why the extra years?

Also part of the Accurium study is an examination of why SMSF trustees live longer than average. While each individual is different, McBirnie says, there are a number of factors that can influence someone’s personal longevity.

There is some overlap between these factors, McBirnie says. For example, people in well-paid occupations tend to have better standards of living and well-educated people might be expected to have wealthier occupations and lifestyles.

When examining the influences on life expectancy, where you mention things such as people: being more interested, more healthy, more aware of their medical conditions and likely medical conditions of their families; living in better quality housing and in better locations; being better educated and having had  an occupation – these are more likely among those who have an SMSF.