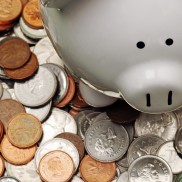 I recall us quipping at the start of 2012 that bearishness was the new black. Well when we look back at the year, negative sentiment certainly prevailed with many investors flocking to the perceived safety of term deposits, aware of, but unmoved by compelling valuations in riskier assets.

At the end of 2011, you could have locked your money up with certainty in a 12 month deposit for 5%. Given the rolling waves of crisis over the year, be it fears of a European Union break up triggered by a Greek exit, or concerns that the Chinese economy was heading for a hard landing or that the US economy was going to fall off the fiscal cliff, the term deposit investor was immune from bad headlines and falling share markets.

Yet through these periods of crisis, global policy makers were finding new ways to support growth and work around problems. In Europe, the ECB launched its Outright Monetary Transactions (OMT) programme where the ECB’s balance sheet became available to provide support to troubled sovereigns if certain conditions were met. In the US, the Fed vowed to keep interest rates low and persevere with quantitative easing until the US unemployment rate fell to 6.5% as long as inflation expectations remained anchored. In Australia, the Reserve Bank was also doing its bit to support the economy, cutting the cash rate from 4.5% at the start of the year to 3% by year’s end.

While the cycle of crisis and policy response had a strong impact on the psyche of many investors, investors that took advantage of compelling valuations in riskier assets were well rewarded. REITs did particularly well, as offshore and domestic investors looked for yield. Despite several sharp dips through the year, equity markets had a strong year as well. Stocks offering high dividend yields were in strong demand. The chart below shows how the year unfolded for a range of investments.

With global monetary policy settings set to remain accommodative over the year ahead and US politicians sealing a deal to water down the amount of fiscal tightening 2013, we could end up with another year where, despite some volatility, the opportunity cost of being in a term deposit, relative to growth assets, could be high again.