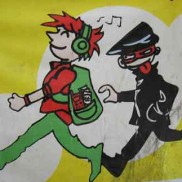 Announced as part of the Government’s Stronger Super reforms, a collection of measures designed to deliver greater efficiency in back-office processing across the superannuation industry is to be implemented and the name they have given to this package is SuperStream.

The big question is: What will the SuperStream reforms cost?

The originally estimated total cost of implementing the SuperStream reforms by the Commonwealth was $467 million in total and the Australian Government will recover the Commonwealth’s costs of implementing the reforms through an additional temporary levy on the superannuation industry. Isn’t the Government generous in announcing a package to tidy up the lost superannuation and those who have multiple accounts by levying everyone, even though you may only have one fund.

This levy will be imposed on all APRA regulated superannuation funds, which is most of them. Self-Managed Superannuation Funds that are not regulated by APRA (4 member funds or less) are excluded from this levy. There are several methods a superannuation fund may choose to process the SuperStream levy and most will debit a members’ cash accounts on a proportional basis as this is transparent and equitable for all members.

Aren’t we lucky to have a Government that is thinking of all of us.  Merry Christmas!