Four major issues are influencing markets at the moment:

Of these, only the fourth is positive. As a result we have seen equities weaken in the year to date.

At this point the outlook for rates and inflation is the most important issue. As the broad equity market has fallen, the growth stocks have underperformed. In the US, the S&P 500 fell 5.7% last week while the NASDAQ was down 7.6%.

The Australian market also fell, but less so given a skew to banks and resources overgrowth sectors. The S&P/ASX 300 fell 2.9%.

The S&P 500 and NASDAQ broke down through their 200-day moving averages for the first time in the post-March 2020 bull market. This does not mean the market’s run is over. But it is the first meaningful correction, coinciding with a shift in monetary policy and highlighting the importance that liquidity has played in the COVID era.

The Fed’s meeting this week will be an important near-term signal. The market has adopted a very hawkish view on policy in the past three weeks. Some see potential for Quantitative Easing (QA) to end immediately; the risk of an immediate rate hike; or signs that an expected hike in March could be 50bps rather than 25bps.

We think that those moves are unlikely. The Fed may seek to assuage the more hawkish concerns, which could actually see a relief rally. Despite a sharp sell-down in markets and the possibility of soothing words from the Fed, the underlying challenge of inflation remains.

As a result we at Pendal do not see this as a time to be re-loading on some of the sold-down names.

The drop in the overall market and the correction in growth has been caused by two factors: the market moving to price in rates rising to around 2% by end of next year and the realisation that liquidity will start drying up.

The key point is that we are looking at a very disparate outcomes, creating more uncertainty for markets.

The key underlying question is what will limit and bring down inflation.

This could be a combination of:

On the flip side, arguments for persistent inflation include:

We don’t know the outcome. But it is clear that inflation presents more an issue today than at any time in the past couple of decades. 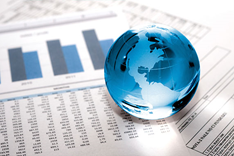 The withdrawal of liquidity is potentially as significant an issue for equities as the debate around rates.

The shift in the liquidity environment is likely to make this a tougher year for equities. In our view, persistent growth in equities since March 2020 with no material correction is due to the surplus liquidity evident in money supply data.  QA is unwinding faster than expected. US money supply growth has slowed from just shy of 30% per annum at its peak to just above 10% now. This means less surplus liquidity to be funneled into financial assets.

Early warnings signals have been evident for some time in the more speculative parts of the market.

Some, such as the ARK Innovation ETF and Chinese tech indices peaked a year ago and are off about 60% since then. Others such as crypto and the solar and IPO ETFs tracked sideways through to October/November and are off 30-50% since then. Tesla and the broader Electric Vehicle and battery sector have proven more resilient, but are showing signs of rolling over.

The overall market has held up better – particularly the growth indices – due to the performance of the mega-caps. But this appeared to be changing last week, as they also started to underperform.

The US earnings season is expected to be decent and could help offset recent weakness. But there have been some disappointments in early results, notably Netflix. There is also risk that the market focuses on near-term uncertainty from Omicron’s disruption.

Credit spreads have not budged. This, along with resilient commodity prices, suggests the market is not yet at the point where it believes policy will derail the cycle.

That said, there is a view that we will need to see credit spreads widen to help tighten financial conditions sufficiently to restrain inflation. In this context, low spreads may not be as unambiguously positive as is usually the case.

It is important to note that the Australian market is more defensive and better protected in this environment due to the index mix. It is also less extended on valuation.

The good news is that global cases may be peaking.

New daily case data is increasingly convoluted and hard to measure. US wastewater analysis suggests this wave was five times the size of the previous one, but is now rolling over.

It is becoming clear that Omicron is less severe than previous strains, though there is no consensus on why.

Regardless, health systems are coping, albeit under a lot of strain. In NSW the proportion of hospitalised patients needing to go into ICU is less than half the previous wave.

Omicron’s sheer transmissibility is still creating a lot of disruption. Some companies have seen more than 30% of their workforce unable to work, leading to businesses effectively shutting down. This is a risk to supply chains, particularly if the strain becomes established in China.

Real-time surveys in the US highlight how consumers have become more cautious. Anecdotally this is also true in Australia, which could have a bearing on company outlooks in the upcoming earnings season.

All that said, the market has tended to look through near-term numbers and we suspect this will continue.

There are signs we are entering the phase of learning to live with COVID. This should help some of the oversold re-opening stocks.

The odds of a Russian invasion of Ukraine have risen considerably in recent weeks. This adds to market uncertainty and is a risk for energy markets and gas supply. This is an issue to keep watching. ©

This document has been prepared by Pendal Funds Services Limited (Pendal) ABN 13 161 249 332, AFSL No 431426 and the information contained within is current as at 24 January 2022. It is not to be published, or otherwise made available to any person other than the party to whom it is provided. This document is for general information purposes only, should not be considered as a comprehensive statement on any matter and should not be relied upon as such. It has been prepared without taking into account any recipient’s personal objectives, financial situation or needs. Because of this, recipients should, before acting on this information, consider its appropriateness having regard to their individual objectives, financial situation and needs.