Wouldn’t It Be Nice? 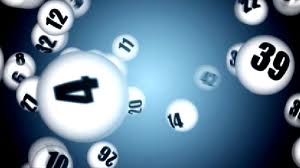 Wouldn’t it be nice to win a million dollars? Well, if you believe the Lotto people, it would change your life so that your dreams will come true.  I’m not convinced.

Watching one of the weekly lotto draws on the telly last night, I thought how many people there must be who are glued to this advertisement, same time, each and every week. It hit me that there are literally millions of Aussies who spend more time every week trying to win the “big one” than they do sorting out their finances. This doesn’t make much sense to me.

Think about it for a minute – how many people do you know who have played Lotto. I say play, but it’s not really a fun game if you lose every week is it?  Now think about how many people you know who’ve won. Personally I know a large number of people who have lost a lot of money and one person who won an amount that was equal to her mortgage. She was smart and paid it off. And there was a former colleague of mine who correctly picked four or five lotto numbers and ended up winning less than the cost of the ticket.

If all those yet-to-win-lotto players were to spend a little bit of time every week dedicated to their personal finances, they could start to change their situation to the point where playing lotto wouldn’t matter. It doesn’t require watching the markets on a daily basis or studying a real estate website to start to get ahead. Just the desire to improve your circumstances, the right knowledge and a small amount of time regularly devoted to it.

And if you swap buying lotto tickets for getting your financial life organised, you’ll end up saving a truckload of cash that you can spend the rest of your life.